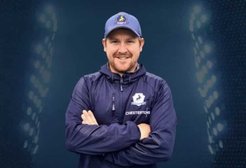 Time Away from the Game

cricket can be a very demanding....sport
Adam London - RCC Director of Cricket

Adam London has had an enviable career in cricket. He played as a professional cricketer for Middlesex from 2009-2013 and has dominated the Premier League batting charts in both Surrey and Middlesex in recent years. Since the end of his professional playing career, he has moved on to become a successful cricket coach, most recently taking on the role of Director of Cricket at Richmond Cricket Club (RCC) in 2017 while also playing as a batting all-rounder for the first team.

The 2021 cricket season started like any other for him. So it came as a surprise even to his team-mates, when a few games into the season, Adam revealed he wanted to step away from the game. He felt the need to take time off from playing for RCC’s first XI team to prioritise his mental health.

When an established and successful Premier League batsman and a cricket coach himself, needs time away from the game, it’s something to sit up and notice. A few months after the season ended, I met up with Adam- or Londers to those who know him well- to discuss the hiatus and how it benefitted him.

I have known Adam since I joined Richmond in 2017 as an under-15 colts player. I have been coached by him and in recent years coached with him. Nowadays we are teammates in the first XI team that plays in the Middlesex Premier League. I have the pleasure of occasionally watching on from the non-striker’s end while he takes apart the league’s spin attacks. The first thing that struck me as I visit Londers to discuss his mid-season break, is that he is one of the club’s good blokes. He loves the game, brings great energy to his own cricket, and his coaching style. How is it he needed time off?

He began his career at Sunbury Cricket Club in Surrey as a 4-year-old and played through his younger years purely “for the love of the game” As a 17-year-old, he began to break into the Middlesex 2XI side, and tells me that “while he didn’t look too far ahead”, he realized he “could make his passion a career” after performing consistently. He added that he “began to think about playing for England” after his success at 2XI level, a thought which he mentioned “hadn’t been on his mind much” before this. He believed his success at this stage of his career was his attitude of “never pressuring himself”.

Adam continued to pile on the runs, earning himself his first professional contract for Middlesex in 2009 as a 20-year-old, entering a squad comprising of Sir Andrew Strauss, Dawid Malan, Steven Finn and others. He had a successful career, scoring four 50s in a 4-year career with a high score of 81. Each year, his contract extended by a year. As a youngster in the team needing backing, he felt “these contracts did not provide much confidence”. For a player who took a more easy-going approach to his cricket, he felt being the constant scrutiny and pressure from others “took away some of the enjoyment from the game”.

After his contract finished at the end of the 2013 season, he was told by the Middlesex Board that he would not be receiving a new one. While he was disappointed and would have liked to continue a playing career, the Professional Cricketer’s Association (PCA) helped him transition relatively smoothly to a career in coaching, which he had been setting up in the background. Since then, he has played for Sunbury CC and Richmond CC in the Surrey and Middlesex Premier Leagues respectively, all the while building his coaching platform.

Up to this point, it was clear by speaking to Adam that throughout his career he had taken an ‘untroubled’ approach to his game. Of course, like all professional players he worked hard, or “hit a lot of balls”, in his words; yet he had never put inordinate amounts of pressure on himself to perform. His main goal while playing has always been to enjoy the game.

While club cricket is competitive, it suits Adam’s light-hearted style, and he has thrived in this environment. Seeing Adam suddenly take time away from the game came as a surprise to his clubmates. However, after over 15 seasons of hitting ball after ball, he felt he needed a break. He revealed that, even for him as an experienced cricketer, “cricket can be a very demanding and mentally draining sport”. Playing for so long meant this stress had “built up over time” and he felt it got to a stage where he “needed the rest”. Whereas previously he had been able to enjoy social occasions on a Thursday or Friday night, at the start of this season he claimed that he started feeling “too anxious about the approaching weekend” to do so. When it got to match day, he felt as if he was a “walking wicket” and “lacked mental clarity while batting”. Adam may have experienced a form of psychological burnout, with performance anxiety being a contributing factor.

Learning about this, I was curious to understand how Adam’s lifestyle changed in his time off, including what action he took to benefit his mental health. He stated that he avoided the game. In his words: “I just stopped spending Saturdays down at the club”. He claimed that not having a game at the weekend also “led to a much happier and relaxed private life” and helped him “achieve a clearer mindset”. Adam also spoke to a close friend from his time at Middlesex, who helped him put the anxiety surrounding his cricket into perspective.

At the tail-end of the season, in a critical Middlesex Cup Final against Acton, a last-minute drop out meant Adam was invited to step in. Refreshed, Adam stepped in and played a key knock, scoring 54 runs to anchor the RCC First XI innings. The team set up a total which Acton were unable to chase. His rest and time away from the game had paid off. It helped his game and in Richmond winning the Middlesex Cup.

On reflection, Adam believed that had he not taken a break, he would have been “unlikely to play in future seasons”, but now his “hunger to play is returning”. He encourages all those, at any stage in their career, to take a break: “If you feel it is necessary, take a break, it will likely lead to a more successful, prolonged career”. While Adam faced these difficulties as an established cricketer, mental health support can be necessary early on or at the peak of a player’s game. It is important to speak up whenever challenges manifest - whether that is just taking time away from the game or reaching out for expert help.

In recent years, there has been more cohesive effort to reduce the stigma attached to mental health issues in Sport. Organisations and charities, such as Sporting Minds UK and Sport In Mind, provide support to athletes who have spoken up or been pointed in the right direction. A lot more still needs to be done. Mental health problems are prevalent even among high-performing athletes (both male and female) at every level, at any age. There has been a stigma within popular sports in the UK that erroneously associates mental health challenges with performance weakness or lack of mental strength or game readiness. This may occasionally have led to fewer athletes reaching out for help than would be representative of the population at large and of the true challenges within competitive sport. It is important that the sporting community recognises that mental health should be at par with physical health and fitness. Anyone can experience difficulties at any point. A supportive environment from colleagues and administrators and timely access to the relevant mental health support structure can be key. Timely support could bring out the best from individual athletes and, by-the-by, the team.

Click here for tickets for the workshop. Tickets are £10 and all profits go to Opening Up Cricket.