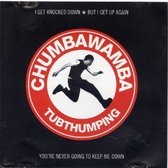 on the Chumbawumba Express

In the words of the ‘90s classic Tubthumping by Chumbawamba, the Richmond B boys might get knocked down but they most definitely know how to get back up again.

On Friday night in the post exam post paintballing local derby against Twickenham they fell agonisingly 5 runs short chasing an improbable 154 in 20 overs.

Against Barnes today, the Richmond bowling got off to a great start with Kabir clean bowling one of the Barnes dangermen. Kabir uses his left arm bowling to great effect, slanting it straight across the outside edge of the right handed batsmen. Lachlan put himself at slip to unnerve the right handers still further only for Kabir to get one to straighten and uproot off stump. We were off and running.

The Barnes batters were going at a pretty quick rate and we suffered an early blow with Ben unable to bowl more than one over due to injury. It mattered not a jot as Kabir and Baxter took the opportunity to bowl additional overs, with Baxter and James working in tandem to secure a sharp stumping. Baxter’s dad, Kwame, would have loved to have seen this great work but had returned to ODP to pick up Baxter’s match shirt from the club shop - only to find that Queen Susan had raided the shop of all its match shirts for a formal presentation to the lads at Kings House. Kings House is renowned for its wild geese and their deposits and today we witnessed our first wild goose chase of the season. Apologies Kwame!

It seemed the total might get beyond us with Barnes beginning to pile on the runs. . But they hadn’t taken into account our ace fielder Mac. Not content with securing a tricky catch when Kabir looked to be about to run into him only to pull out just in time, Mac then secured our best ever run out with a direct hit from the boundary as Barnes tried to sneak a second run.
Barnes closed on 170.

At the break of innings we discussed a controversial incident where James clearly caught a Barnes player off of Lachlan’s bowling but the umpire was in the middle of signalling a wide so missed the little nick that had occurred. The boys weren’t going to let such an incident worry them and in true Chumbawamba style got back up to clean bowl him two balls later. Unlike a previous injustice we’d suffered earlier in the season, where the boys suspected the error to be less than innocent, this was simply human error by my opposite number Johnny who I respect greatly because he manages his team exactly as how I manage mine. We discussed what I would expect our boys to do in similar circumstances – namely to “walk” – regardless of the umpire’s decision. The lads play great cricket; and they are learning some of the characteristics which make it the best of all games.

We discussed the run chase. Given that we’d scored 150 off 20 overs two days earlier, 171 off of 24 was not impossible. I obviously didn’t tell the lads that if they pulled this off it would be the highest score we’d ever hit off 24 overs.

Ollie Gaudoin has a history of playing important innings when it really matters. Today his grandparents were there to witness him and Tanuj launch the Chumbawamba Express. Tanuj did what Tanuj does best smacking fours and not bothering with easy singles including a first ball 4 setting the tone for what was to follow piling on an impressive 55 off a mere 5 overs. Ollie’s departure led to Ben joining Tanuj who, despite injury, cracked his own first ball 4 only to be dismissed shortly afterwards. Taking the Chumbawamba lyric to heart he then went to bat for the U14b’s on the adjacent pitch and promptly top scored for them!! Meanwhile Tanuj was holding our top order together as Lachlan and James scored quick fire runs to keep us well ahead of the target run rate.

It was finally left to Baxter and Fergus to bring the Chumbawambas home with 2 overs to spare and to record our highest ever score of 172 to win the match. Brilliant play lads – truly brilliant.