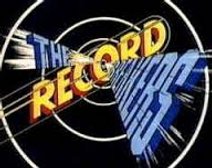 Richmond arrived at Hampton Wick knowing that a win would keep us in the title hunt in the Mid-Surrey League.

The cloud covering suggested rain could play its part in the game but thankfully never did.

We chatted about our approach. Following a match earlier in the season against the same opposition, filed in match report folk lore in the section entitled “not our finest hour” we knew we needed to let our cricket do the talking.

We lost the toss and were put into bat. Mubeen Ali and Olly Gaudoin as an opening pairing not only looked good on paper but sounds beautiful when spoken aloud. They took their time to get going and then exploded in to life with Olly, as he did recently against Barnes, batting quite beautifully and in double quick time was in sight of the retirement limit of 40. No sooner had he retired than Mubeen joined him in our first record of the day – for the first time ever both our openers were retired. The ghost of Norris McWhirter (GONM) was seen loitering by the scorers’ table seeking a pencil sharpener and an eraser. New records were going to need recording.

Joe O’Pray realising that records are there to be broken then set about the Royals’ attack clubbing 4s and a 6 to all parts of Bushy Park and before long we had our first ever triple retirement in the bank. Steve, who last week played a blinder by procuring valuable supplies from nearby shops, decided the game lacked interest and set up a money lending operation in the car park (Steve- I will pay you back on Tuesday!!).

The pressure on Lachlan to make it 4 retirements out of 4 seemed to be having no effect as he efficiently sailed into his 20s having been joined by James as Joe, following his retirement, started derivative trading on the boundary using his dad’s car park loans as collateral.

Shock and dismay filled the ground as we lost our first wicket with Lachlan slightly mistiming one and the bails were off. This brought together the Chuckle Brothers for the first time this season. The GONM could be seen pencil at the ready on the midwicket boundary with the Waugh twins record u13 partnership of 107 ready to be broken. Alas Ben was dismissed before the Tugga twins record was in sight leaving Leo to face the final ball safe in the knowledge that we had shattered our highest ever 24 over total by 37 runs closing on a quite brilliant 209 for 2 off 24 overs.

Steve was offering HWR odds of 100-1 in his car park betting booth but takers were rather thin on the ground as our strike bowlers limbered up. I have spent the whole season pleading with the lads to deliver a fielding performance of the type they then served up. They made me so very proud – they encouraged one another, they walked in, they threw the ball in hard to James and kept the pressure on throughout. Leo set the tone with a hostile opening spell and a first over wicket. Mac then secured the wicket of the HWR dangerman; well held by Lachlan. Nathan along with Ben has been unable to bowl as much as we would like due to injury but he gritted his teeth and secured two lovely wickets including the Royals’ last batsman of note. Fergus wasn’t going to be left out and bowled 3 tight overs and a wicket of his own. The lads weren’t leaving it all to the bowlers and also secured a sharp run out given by the oppo umpire. Lachlan and James also produced a quite superb stumping – with James standing up to the stumps against our fastest bowler – beautiful...quite beautiful!

As we always try to do, we ensured all the lads bowled at least an over and the Royals closed on 111. We’d broken yet another record with our 98 run winning margin being our largest ever.

I will be honest with you folks – try as I might I could not find anything to say to the lads to enhance their future performance – I will need to up my game to do justice to their ever improving standards.

Oh and just in case I didn’t already tell you – we sit proudly atop two league tables as I write these notes.