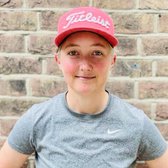 2. Director of Women and Girls' Cricket

The club appointed Sarah Blythe-Wood as the Director of Women and Girls’ Cricket in 2021. Her role focuses on driving the club's W&G programme with more participation from women and girls, continued strong league performance, expanded community work with local schools, running cricket camps and supporting ECB programmes such as All Stars and Dynamos.

Women's cricket is expanding rapidly across the country and we are becoming a hub for women's cricket as it grows, by attracting women back to cricket and those who are new to the sport. We have been very successful growing girls' cricket and this next step into women's cricket will be led by someone who has experience of high-level sports performance and direct involvement in driving sports programmes.

About Sarah Blythe-Wood
Sarah is originally from Zimbabwe. Her first love was cricket, but unfortunately, it wasn’t a sport on offer for girls at that time. Instead, she played hockey & tennis & earned a full scholarship to play hockey at the University of Richmond in the United States. After graduating, she earned a masters (M.Ed.) in Sport Leadership followed by doing a stint of NCAA Division 1 hockey coaching before returning home to Zimbabwe. In her late twenties, she decided to pursue another of her passions, golf, and spent 18 months in South Africa before turning professional and playing on the Sunshine Ladies Tour.
Prior to coming to the U.K, Sarah spent 4 years running the Zimbabwe franchise for Pro Series Indoor, a youth indoor hockey program initiated in South Africa.
Sarah joined Richmond CC in 2021 and immediately became a leading member of the club. Sarah told us she felt like a ‘kid in a candy store’ when buying her first-ever cricket bat, stating ‘dreams can come true at any age’. She is now focused on playing as much as she can, and coaching, with a special interest in promoting Women & Girls in sport.