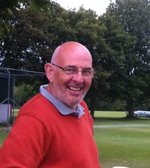 Archie has two passions in life: West Bromwich Albion and Richmond Cricket Club. He follows both home and away, and only misses a game at one to watch the other.

Born and bred a Baggie, Archie worked as an engineer in Birmingham until plant closures in the late seventies led him to London. He bought a flat with his girlfriend 800 yards from Old Deer Park and wasted no time in locating the bar. ‘I asked what the standard was like [of cricket - not beer],’ he says. ‘I was told “half-decent”, which was good enough for me.’

Archie quickly made a name for himself as a gritty, ‘if limited’, batsman and short-leg specialist, winning back-to-back titles with the 2nd XI in the early 80s. ​He was at the club when a 17-year-old kid called Adam Gilchrist racked up more than 2,500 runs in 1989. But he says Dean Waugh, younger brother of Aussie legends Mark and Steve, who played the season before, remains the best player he’s seen.

Archie swapped his pads for his pom-poms in 2000, having reached the tender age of 50 not out. Like all true fans, he tells it how it is. One current player describes him as ‘a grumpy sod, but an absolute legend’. He is the club’s constant. Whether it be on tours to the Cotswolds, propping up the bar, or painting the clubhouse, Archie is never far away.

To keep Archie in Cheerleading consider donating to our appeal.